SET-UP YOUR OWN STORE
Request Quote

What is Screen Printing?

What is screen printing?

Screen printing allows for beautiful art to be applied to virtually anything and is one of the earliest methods of printing know. The process of screen printing involves the passing of ink (or any other printing medium) through a mesh or “screen” that is stretched over a frame to which a stencil has been applied. The stencil is composed of openings that determines the image that will be imprinted on a surface.

The Origin of Screen Printing

The screen printing process has come a long way. Through history, we learn that the art of screen printing was a skill that was first used by the Chinese nearly 2000 years ago. They used human hair to create a screen that was stretched across a wooden frame. They then fabricated a stencil that was made out of leaves stuck together into different shapes, which was then attached to the screen. This technique was more than likely the first application of screen printing ever!

Some time later, in 1907 near Manchester, a man named Samuel Simon patented the first industrial screen printing process. Then, closer to the First World War, a man by the name of John Pilsworth from San Francisco developed the Selectasine method. The Selectasine method introduced the concept of multi-color printing using the same screen by blocking out different areas on the screen to allow the different color inks, resulting in multi-colored images.

Today, the basic technique remains the same but the process has evolved significantly due to technological advances with computers, electronics and equipment. The first thing needed is a screen printing machine and a machine base (which holds the substrate and allows the screen to print on it. It is often the base of the entire screen printing unit). Regardless of what kind of machine you use, you will also need some basic tools and materials.

The substrate refers to the surface on which the design is printed. A stencil (or screen) is what determines the design and image output. A frame will be essential along with the mesh and a squeegee (a rubber held in a rigid handle). And last but not least, ink is obviously imperative to make the magic happen.

The Applications Of Screen Printing

The substrate (or surface) on which screen printing can be applied are many and vary from posters, CD covers, flyers, signs, advertisements on buses, watch dials surfaces to different fabrics such as beautiful cotton, silk and polyesters that can be stretched and printed on.

The possibilities are endless when it comes to screen printing, but one thing is for certain; Imagescapes Embroidery believes that screen printing is the best method for reproducing images in true-to-life color and would love to assist you with your screen printing creation needs. 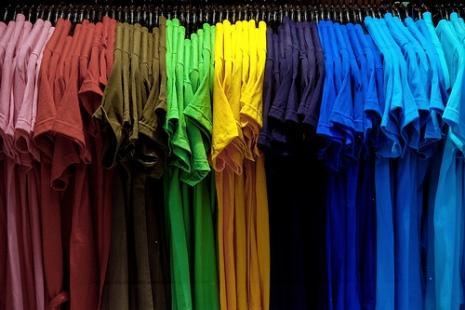